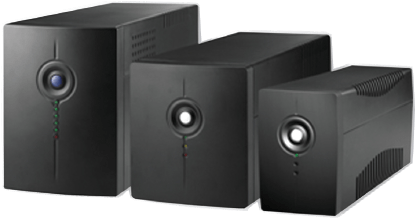 Don’t Get Confused with the Different Types of UPS Systems

There are numerous types of UPS systems and the functions they perform vary from the one to the next, therefore it is unsurprising that there is much confusion regarding which type does exactly what.

Most people think that there are only two types of UPS systems, which include the Standby UPS System and the other being the On-Line UPS system.

Interestingly enough, there are numerous other UPS systems over and above those mentioned, which embrace a wide range of designs, with each performing a different function.

Some of the many varied UPS Systems include:

Standby UPS Systems only kick in if the main source of power fails – hence the term “Standby” is commonly used.

Perhaps the most frequently utilised UPS system is the Standby UPS which is primarily used for PC’s. With this system, when the primary source of power fails, it will automatically switch to the battery/ inverter as a backup source; when this takes place the transfer switch will automatically change the load over to the battery backup power source.

The many attributes of the different types of UPS systems include efficiency but will always be dependent on the kind of UPS system implemented as well as the quality of the system manufactured.

Look out for the above characteristics when selecting a UPS system; other attributes include reliability, excellence and design functionality.